National Cadet Corps (NCC) is the Indian military cadet corps. NCC recruits cadets from high schools, colleges and universities all over India. The Cadets are given basic military training in small arms and parades.

Aims of NCC - The Aims of the NCC is to develop discipline, character, brotherhood, the spirit of adventure and ideals of selfless service amongst young citizens. Not only these, it also aims to enlighten leadership qualities among the youth who will serve the Nation regardless of which career they choose.

The Government (Boys) polytechnic,Bikram Chowk, Jammu became the first polytechnic of J&k U.T(J&K state earlier) for conducting NCC in its College premises on 4th of October,2019 Under the able Guidance of the worthly & Dynamic principal Er.Arun Bangotra.

The Commanding Officer of 2BN NCC,J&k has sanctioned an intake of 50 students for all the 3 years studying in the Government polytechnic Jammu.

At present a group of 17 Students of First year are enrolled under the NCC Unit . 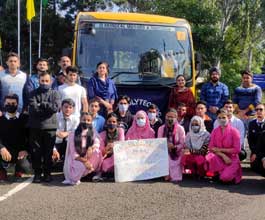 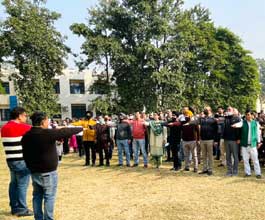 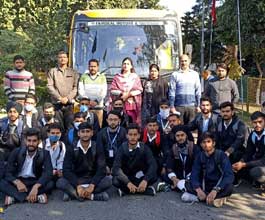